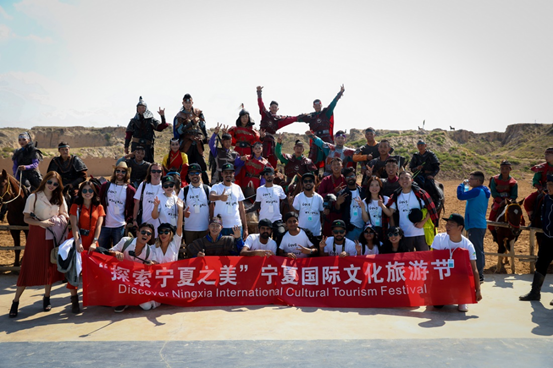 The 2019 Ningxia International Cultural Tourism Festival selected ‘Discover Ningxia’ as its theme and adopted a combination of online and offline methods to create vivid and dynamic impressions through various channels such as event marketing, immersive experience and new media communication. The challenge is presenting Amazing Ningxia in its many aspects, so that Amazing Ningxia could be more deeply rooted in the hearts of the people, so tourists in source markets come to understand this amazing place, with motivations to travel to this destination called Ningxia.

Ningxia Tourism was launching these ideas with interactive activities on social media such as Facebook, Instagram, Twitter and YouTube, collecting influencers and fans from Thailand, the United Kingdom, and the Philippines, Bangladesh, the UAE, Pakistan, Canada, Turkey and other countries and regions, from which it chose 20 influencers and lucky fans to come and ‘Discover Ningxia’ .

And a deep exploration and tour of Ningxia they have had. Whether it was the extraordinary Shuidonggou, or the astonishing Rock Paintings in Helan Mountain, which came from many thousands of years ago, intoxicating every visitor. The thousand-year-old Western Xia Mausoleum with a dynasty story which represents the mystery and uniqueness of Ningxia. Shapotou, surrounded by the desert and the Yellow River, alpine and oasis, reflecting in their eyes a beautiful picture of ‘sunset by the Yellow River and a plume of smoke rising up from the desert’.

Along the way, they have seen the unique charm of Ningxia’s natural scenery and historical culture. While watching the ‘Bei Jiang Tian Ge’ horse show, learning non-legacy dyeing, one of the intangible cultural heritage in Ningxia, or making rubbings of rock paintings, or surfing on the desert sand and yellow river rafting on rafts of sheepskin, and other activities that let them experience Amazing Ningxia and its beauty, and feel the unique cultural heritage and humanity in this part of Ningxia, to know more about and fall in love with this most authentic Ningxia. 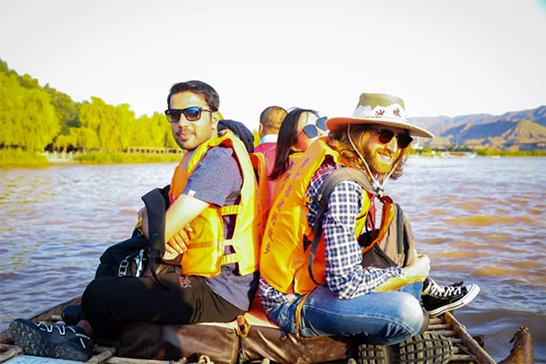 Pai Gun Na from Thailand, two active international travel influencers, with more than 700,000 fans on major social media platforms, encountered many scenic areas of ‘drop-dead beauty’. They expressed a desire to share the beautiful scenery and the activities through their lens, that their followers in Thailand and around the world might share in the beauty of Amazing Ningxia.

Geng Maderazo and Kath Figuracion of the Philippines said the beauty of Ningxia has left a deep impression on them. The unique topography and geographical landscape of Shuidonggou, and the historical sense of Zhenbeibu Western Film Studio, are so astonishing, so attractive. The performance of ‘The Ancient Legend of Shapotou’ was completely different, unique. If they have a chance to visit Ningxia again, they would like to bring family members to experience the natural scenery, local food and fine wine.

Tariq from the United Kingdom also expressed his love for Ningxia. He has been to China four times before, and this time he was also very happy to have the opportunity to come to Ningxia! The fine weather here was very comfortable for him. And he really likes the Rock Paintings in Helan Mountain for its long history and unique geographical landscape. In his opinion, they were well suited as film subjects. Next time, he would like to use this tourism spot as the location for a miniature movie or short film. 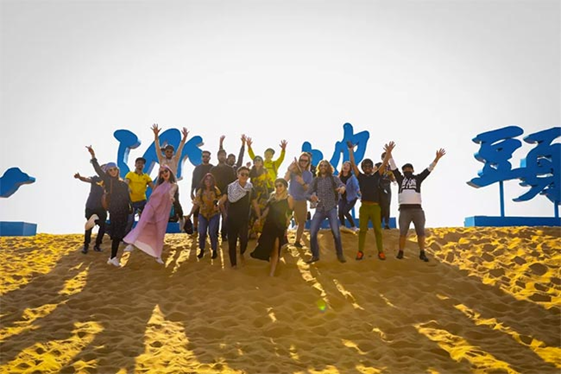 54 event-related articles were posted on Ningxia Tourism’s overseas social media fan page during the event, reaching more than 21 million people with the engagements of 200,000 times. At the same time, 20 international influencers and lucky fans also released 300 event-related posts through social media, launching 20 live streams with 65,000 engagements, which formed a two-way interaction with the official fan page of Ningxia Tourism. And all of these also fully realized the dissemination effect of ‘Discover Ningxia’ 2019 International Cultural Tourism Festival.

With the public appreciation and popularity of the influencers and fans, ‘Discover Ningxia’ 2019 International Cultural Tourism Festival helped to spread the unique charm of Ningxia’s special cuisine, history, culture, and natural landscape on social media, and bring greater possibilities for increasing international tourism. Although the Festival has ended, the Discover Ningxia official fan page will continue to operate and organize many more activities in order to share more Ningxia culture and tourism resources and elements, as well as bring further surprises to friends worldwide.

The Best Construction Gloves for 2023: Rx-safety.com