Announced in Monaco, 2 weeks ago, Licorne Gulf, the Capital Raising firm and Investment Holding based in the Kingdom of Bahrain and UK involved in the funding and financing of companies through debt/equity or capital increase started a new program within the frame of their services to support and fund companies required to obtain capital for their developments and growth.

Traditionally, the company aimed to raise capital from a pool of investors based between the Middle East, Europe, and the United States, consisting mainly of VCs, family offices, fund and Sovereign Funds as well as HNWI. 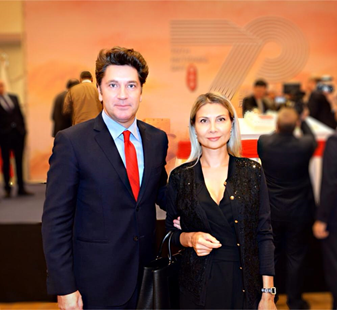 This was a classic investment fund raising from their investors injecting cash as part of a capital increase.

“We have been present on this market for almost 25 years and have completed several transactions with investors from Saudi Arabia, Bahrain, Switzerland and the United States, and are regularly solicited in various sectors such as sports, football, energy, junior oil & gas, and more recently in recent years Tech companies, FINTECH, Deep Tech. We have also had a few cases in the past in the medical sector that has gone well following the Corona pandemic” said Irina Duisimbekova, President  & Founder of Licorne Gulf Holdings.

Licorne Gulf is not only getting the traditional financing and capital injections, but are now offering an alternative for the so-called “Distress Assets; basically companies which are under major financial difficulty, usually either in default or close to default and highly looking for cash injections.

“The beginnings of an economic crisis had already been announced since 2015 with the fall in oil revenues for many countries around the world reducing their investments capacities as well as the arrival of the Corona pandemic has enormously stressed the real market of world trade, and as such we were one of the first in 2020 to be able to fill the financial difficulties of many companies and especially bringing back the necessary funds to continue either their development or restructure their organizations to be able to hold and face the countless political decisions of opening, closing, etc” said Alexandre Katrangi.

“We had warned some of our clients from the beginning of the pandemic that it was necessary to act as soon as possible and to think about the medium term because the measures put in place would not be temporary but on the contrary spread over the long term, which we see today since the pandemic is not quite finished or even restarted in certain countries, and that despite regular announcements of each country through the world to make the race to the propaganda of the one which would have the best to manage the crisis and the one which would have the economy which starts again the best etc; , the epidemic of Corona is well present still for easily at least one or two years” highlighted Irina Duisimbekova.

From now on, Licorne Gulf is facing a new clientele, in particular those who had not foreseen such a long duration and such an economic upheaval and who are facing major difficulties for the survival of their companies, their workers, their employees, their commercial partners, as well as their development and it is for this reason that the investor partners have met several times in Monaco in the last 3 months to elaborate with them a programme that will allow them to quickly submit certain so-called “Distress Files” for their consideration.

“On the investment side, we intervene in capital but also in debt (possibility of buying debt from banks, for example, for companies in difficulty; and we invite companies, Family business or start up to contact us for our initial assessment and possibilities with basic descriptions of their business, Activity description + historical sales, Geographical footprint, Investment proposition, Description of tangible assets & valuation (any security / pledge ?), EBITDA, FCF, Debt amount (+ who are the lenders ?)”.

The general consensus, based on prior cycles, is that it can take 12 to 24 months before operational distress is fully reflected in the sale prices for assets in the marketplace. For this reason, a lot of people are simply waiting. But Licorne Gulf with its large portfolio of investors had decided to take immediate actions to fulfill the existing gap and lack of market offers in this field.

The fact is that after raising billions of dollars to spend on commercial companies, distress investors are having a difficult time spending it. Despite projections of massive discounts in prices, few have arisen. Banks and owners have yet to write down loans and commercial owners have had little incentive to sell – this due to the regular governmental recoveries announcement made all along 2020 in each country giving short term recovery hopes and generous stimulus for companies while on the ground no one was able to restart fully the economy and despite the bet of the vaccine and summer 2021 world re-opening, most forecast predicts a 4th waves in late September of this year with the strongs of lockdown, confinement, restrictions etc.

As such, investors know and see the game of mid-term return on their investments but accept to be part of this game partially because they clearly understood now that post pandemic is a game changer of the economy and are willing to be part of the new waves of economic growth through real tangible assets and companies.